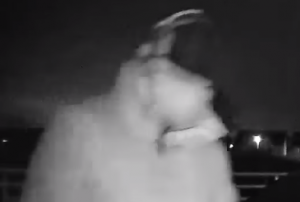 Our exclusive video footage below shows what appears to be an attempted break into a house on The Maudlins estate in Duleek early this morning.

The owner of the house told Meath Live, ‘ It happened at 2.06 am and I saw it 10 minutes after it went off on my phone I ran outside to find him and he was gone possibly hiding in someone’s garden..

‘I did a full lap of the estate and could not see him. He made an attempt to get in both  my doors, front, and rear, luckily for him my dog was not outside at the time he was locked inside

‘I checked along the street to see if I could find him and he was nowhere to be seen quite possible hiding in a garden or just laying low in. the estate.

‘My partner woke up to feed our newborn baby and saw the notification on our ring app and when she opened it she saw the video of the man standing at the door which was taken only ten minutes previously there were two other kids in the house as well.

‘I’ve been told he made an attempt at checking doors of cars and houses the whole way around the estate and from what I heard other estates in the village as well.

‘I missed him by ten minutes so it’s quite possible he left the estate after scouting my row of houses to see if there was anything worth robbing and headed for the Main Street which would have been at 2:10 the morning as he was outside mine at 2:06. 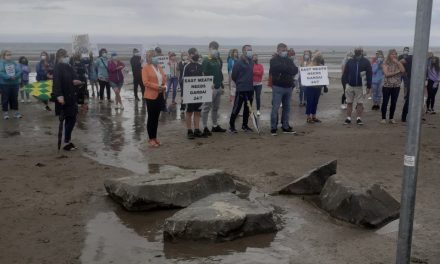