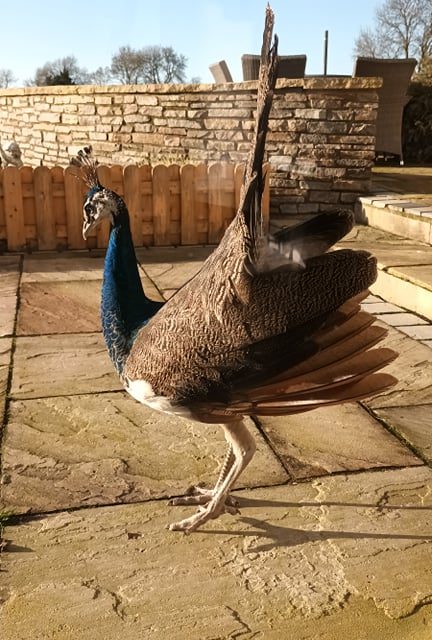 Winston the peacock has gone missing from Graig’s Lane, at Dunmoe on the Slane to Navan road, and has left a heartbroken family deeply concerned.

Verena told Meath Live that six-month-old Winston flew off yesterday after been spooked by some foxes.

She said, ‘ He’s a real family pet we hatched him from an incubator ourselves and when he was a chick he used to perch on Richards’s shoulder and watch telly with us.

‘Richard did spot him up in a tree on Sunday night but when he shone his torch on him Winston got a fright and flew away again.

‘Peacocks cannot fly long distances all in one go so he’ll regularly be on the ground, probably somewhere between Dunmoe and Slane, he’s fairly easily identifiable, there can’t be that many peacocks wandering around the place.

‘Size wise he is bigger than a pheasant, he does respond to his name although maybe not when it is a strange voice calling him.’ 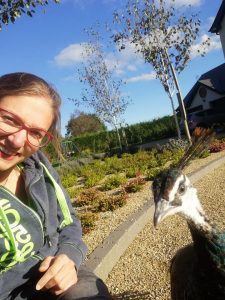