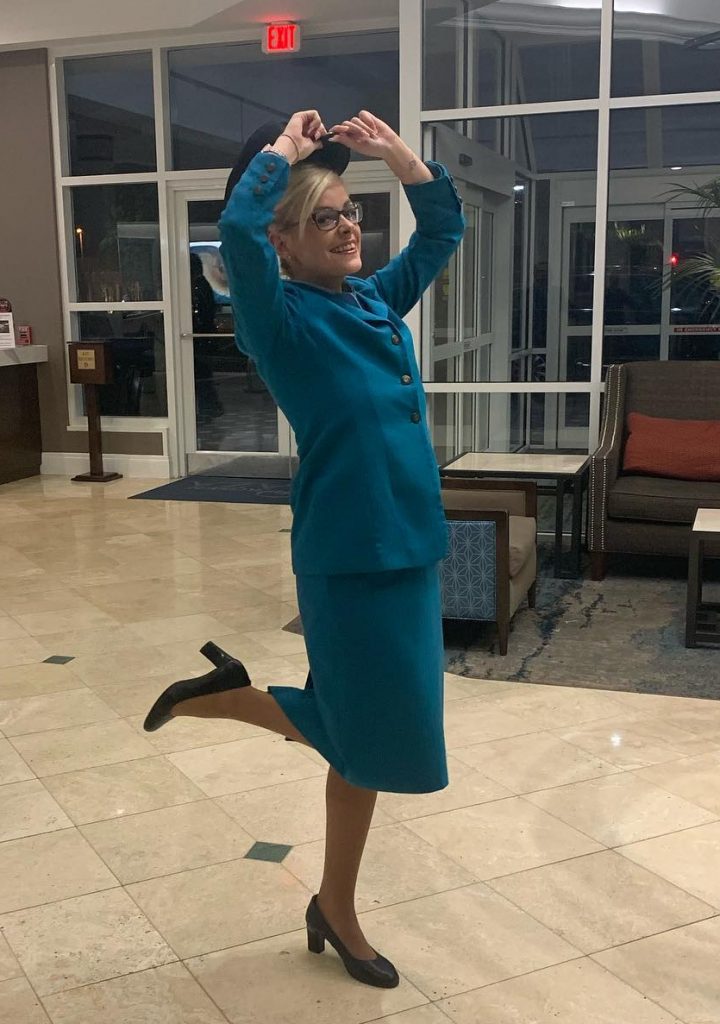 Chloe Stapleton-Moore the woman behind yesterday’s successful fundraising run in Nobber, which was held as a tribute to murder victim Ashling Murphy, was the hero of a dramatic mid air incident when she reacted speedily to save the life of a child who was choking.

She told Meath Live, ‘I was an Aer Lingus stewardess for seven years, I work in IT now, and in April 2019 this woman started screaming for help and when i ran over I could see her child was choking.

‘I performed the Heimlich manoeuvre and dislodge the bone she had swallowed.

‘I hadn’t time to be frightened I just did what I was trained to do and it all ended up in the papers and I was even on the Late Late Show talking about it.’

At the time Lisa Murray the mother of Miley Rose the three-year-old saved by Chloe told the Irish Mirror,’ Chloe was the real hero, Miley Rose was choking on a Pringle and I was panicking, the whole plane was in a panic but Chloe was dead calm she saved my daughter’s life.’

Looking back on yesterday’s event Chloe admitted she was happy with the numbers that showed up, saying, ‘There was a couple of events on yesterday in Nobber and a lot of people wanted to walk on their own, not as part of the group.

‘I’d say we had around fifty in the main group overall,’