HSE SAY NO TO PUBLIC GREENSPACE IN RATOATH

The HSE have confirmed to Sinn Féin’s Darren O’Rourke TD that they will not let their vacant site in Ratoath be used as public greenspace due to a 2015 An Bord Pleanála decision.
Community and public representatives in Ratoath had called for a 1.023 hectare of HSE-owned land in the centre of the town to be made available to the community for public greenspace until it was developed. The site was purchased in 2001 and is earmarked for a new Primary Care Centre.
The HSE had previously confirmed that they intended to hold onto the site. Now, in response to questions from Deputy O’Rourke, they have outlined their reason for refusing to allow the community access in the meantime, pointing to a 2015 decision by An Bord Plenala to refuse the HSE permission to build a Primary Care Centre at Kildonan Road in Finglas because the site was being used by the community as an informal open space.
O’Rourke told Meath Live, “In response to questions by me, the HSE confirmed that the land at Ratoath is, in effect, sterilised.
“They said, “in light of An Bord Pleanála decision (Reference PL29N.243957 6th February 2015) to refuse planning permission for a Primary Care Development on an HSE-owned site because it was used as informal public open space the HSE, in order to protect the development potential of the site [at Ratoath], will not permit the use of the site as public greenspace.”
“This is most disappointing for the community. The site is vacant and unused. It is a terrible pity to see it go to waste, particularly when you consider the shortage of public and community amenities in the area.
“The HSE have a responsibility to protect the development potential of their site but I don’t accept that outright refusal is the only option. Provisions could be made, and agreements signed, to ensure the site was made available to the community on a temporary basis, until such time as the HSE submitted their plans. This could be done.
“For me, it is a failure of our Local Authority to properly plan and deliver for the communities they are supposed to serve. Ratoath, and many other areas across the county, continue to suffer the consequences of Celtic Tiger-era bad development. We should never have ended up in this position in the first place. The Council should have ensured that there was adequate public greenspace in Ratoath from the outset.
“Time and again we see state agencies protecting their interests and denying access to the public. The range of reasons are varied – from development as in this case, to insurance, to health and safety – the list goes on. It is very frustrating and only serves to highlight a failure by successive Governments to deliver well-planned towns and villages.” 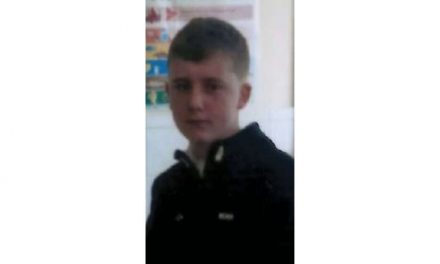