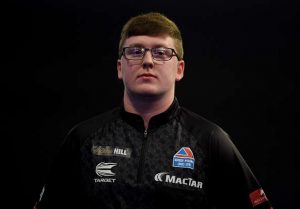 Keane Barry’s involvement in the UK Open semi-finals on Sunday night has resulted in a rise for him in the World Rankings..

The Duleek teenager started the weekend in 66th place, but after beating title holder James Wade in the Quarter Finals, he’s seen his ranking move up 14 places to 52nd.

That’s a career-high for the 19-year-old, who continues to make major strides in the professional game, and at one stage in his semi-final against Michael Smith last night, led 4-1 and 6-2 before eventually losing 11-6.