A question from the floor at a recent meeting of the Dunderry Fair committee saw two members of the local Vintage vehicle club asked to leave the room and a third man walking out in support.

Clady Vintage club chairman Tony O’Sullivan and secretary Seamus Miggin were told they were not members and should not be in attendance after they raised an issue over the Fair group’s finances.

Miggin told Meath Live, ‘This year Dunderry Fair is due to be held on Mayday, and just over a week ago I got a call from Tom Byrne of the Fair committee asking me how many plaques we would need for our members.

‘Traditionally all members who bring their vehicle along receive a commemorative plaque as a gesture of thanks.

‘In the course of the conversation, it came up that there was only a ‘few hundred euro’ left in the Dunderry Fair fund.

‘That kind of surprised me and I contacted our chairman who told me he had almost word for word the same conversation a short while earlier.

‘Both of us went along to the Fair meeting, not to cause trouble, but to seek clarification over the financial position and to see if there was anything we could do as individuals or as a club to help

‘The meeting went along expected lines and it was again mentioned there was not much left in the coffers.

‘At that point, I asked the chairman John Kealy to confirm or deny what had been said and was immediately asked to leave, as was Tony O’Sullivan.

‘I was told I was not a member and therefore could not ask a question, but at no stage did anyone say it was a members-only meeting, if it was why was I allowed to be there in the first place,

‘I put forward the argument that this was a community group and that any member of the community had the right to know the group’s financial position but again I was told to leave.

‘I asked a fairly straightforward question was the suggestion that money was tight right or was it wrong and that apparently caused a problem which has disappointed me.’

Fair chairman John Kealy confirmed that the duo were asked to leave as they were not members but could not clarify why they were allowed in initially and could not say whether or not the meeting was advertised as members only.

He told us, ‘ You do what you have to do I have no further comment to make.’ 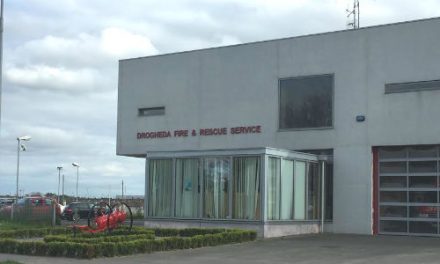 ONE MAN HOSPITALISED IN NAVAN BRAWL