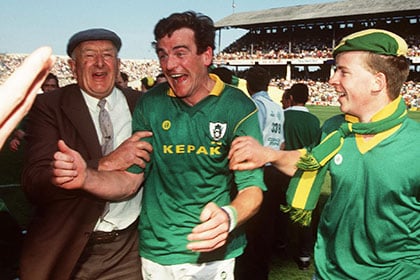 Meath GAA legend Colm O’Rourke has claimed that if the game went to a professional sport at inter county level it would have a bad effect on the association overall.

Speaking to the Mature Living magazine, the current Simonstown Gaels manager, said, ‘ The Gaelic Players Association, (GPA), view of things is to look for recompense and I have no issue with that personally but if you remove the amateur ethos that underpins everything it would have a detrimental effect.

‘I know people would argue that you can have a professional and amateur game coinciding but look at examples of that in other sport, rugby is one good example the professionalism of the game in Ireland with the four provinces having teams has destroyed the club game and there is no big interest in that anymore with small crowds attending.

‘I think elitism is fundamentally contradictory to the essence of what the GAA is all about.’

In a wide-ranging interview, the Sunday Game pundit and St Pats classical school principal reveal the reason he went into teaching.

‘It seemed like a good idea at the time, I can’t say I had a long term plan, I was playing plenty of football at the time and I thought maybe this would fit in well with my football career and that I’d go and get a proper job after a few years.

The ace attacker also says that when he airs his views on the flagship Sunday Game show he is only too aware that not everyone will agree with them.

‘I never say my opinion is superior to anyone else’s it is just an opinion and people can agree or disagree, there is no monopoly on wisdom, but generally you only hear from people who disagree with you.’