At a previous hearing, last January, Dearbhala Ayres, on behalf of the HSE, pleaded guilty at Trim Circuit Court to two charges under the Health Safety and Welfare at Work Act 2005. guilty to four health and safety breaches and a decision wa shanded down in Trim Circuit court yesterday.

The case followed an investigation by the Health and Safety Authority into a “serious incident of violence and aggression” where a number of nurses were assaulted by a patient at Our Lady’s Hospital in Navan.

Nursing staff suffered injuries during the incident at the Department of Psychiatry on 29 August, 2016.

There was no emergency response team to respond to the activation of employee’s personal alarms when they were unable to contain violence and aggression and violence, according to the HSA.

The Authority said there were no swipe card-operated magnetic doors to segregate and contain high-risk patients and there was no security guard.

The HSE pleaded guilty that there was no adequate “assessment, documenting, communicating and management of risks” to the safety, health and welfare of employees in the Navan Unit arising from the known hazard of violence and aggression from high-risk patients.

The HSE also admitted failing to manage and conduct work activities, specifically the operation of the Psychiatric Unit, in such a way as to ensure, so far as was reasonably practicable, the safety, health and welfare at work of employees. 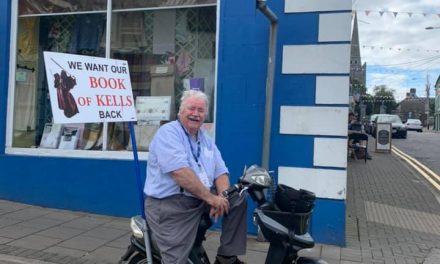