Sinn Fein TD for Meath West Johnny Guirke has called for the Minister for Health and his department to commit to a letter of promise for Tabor House Secondary Addiction Treatment Centre.

He told Meath Live, ‘The board of directors at Tabor House in Navan have secured land which was kindly donated by Tara Mines for a particular project which will see an addiction centre for women built.

Planning permission was granted for a 12 bedroom house, and this will see 12 women recovering from alcohol and drugs admitted to the centre every 3 months which will help 48 women annually.

The local authority has committed to making funding available once they receive a letter of promise from the HSE, but they are reluctant to commit, stating that budget allocation for 2023 is not yet decided.

Tabor House has been waiting since 2019 for this letter, and the introduction of such a centre for women will be the first of its kind in Ireland and will specifically help women who want to rebuild their lives.

Tabor House has success working with men with Alcohol and Drugs addiction over the last 16 years, and this new project for women needs €284,588 for the day to day running costs annually, and this letter is holding up the secondary addiction treatment centre for women.

I’m asking that the Minister and the HSE make this commitment of a letter of promise so that Tabor House can bring forward their much needed plans for the centre which will be built in Navan, County Meath.

The work will see many families benefit from the secondary treatment centre, especially young children who suffer the most from the trauma of a parent with addiction. ‘ 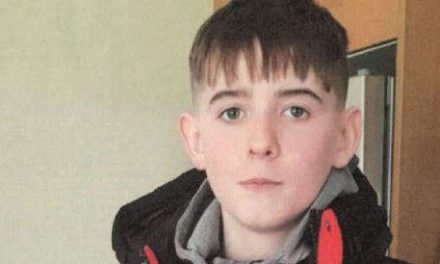