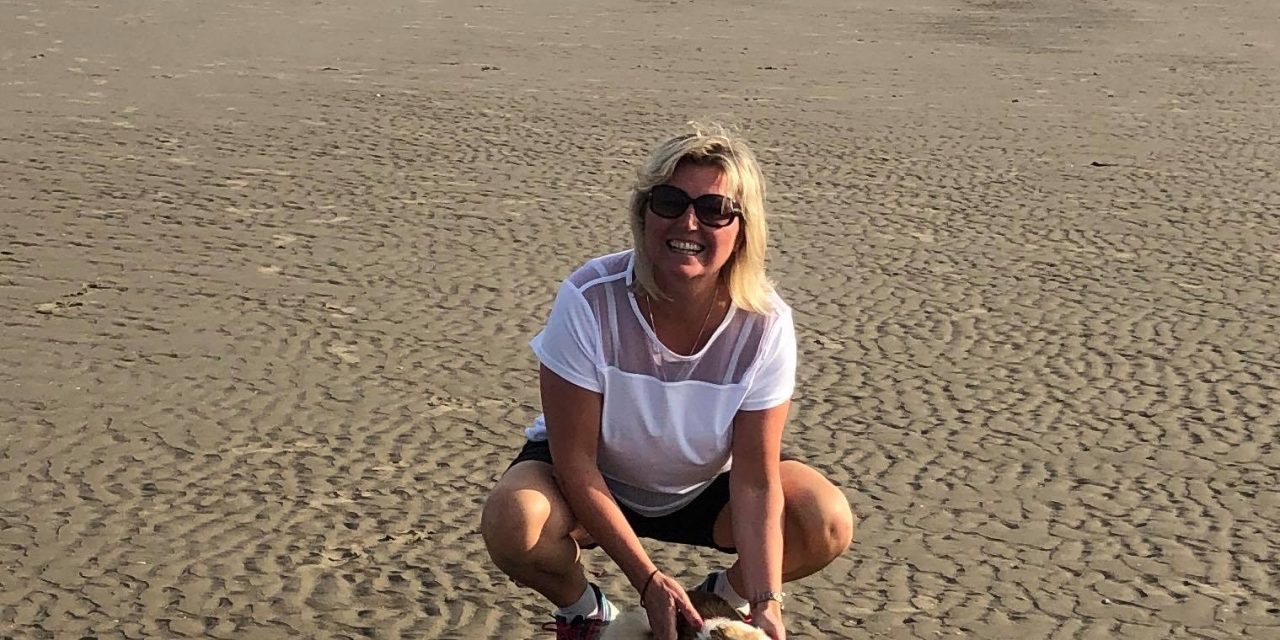 A Fine Gael councillor has settled a defamation action against her from a party colleague days before the matter was due to be heard at Trim civil court.

Laytown-based Sharon Tolan tweeted an apology to Lobinstown man Paddy Meade over a social media post from 2020 in which she suggested Meade had parked his car in a disabled bay.

The post went up in the course of a bitter battle between the pair. Tolan’s campaign was to ban cars from parking on Bettyston beach, something she successfully achieved.

A court diary showed the case was due to be heard this week but the legal teams for both parties managed to broker an agreement last Thursday,19th May’22.

Details of the settlement are private but as part of the deal, Tolan published the apology pictured below on her Twitter 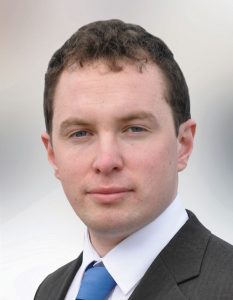 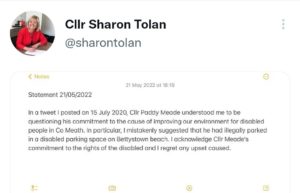 It is not Meade’s first time to call in the legal eagles over alleged defamation. He previously received a substantial sum in compensation from another well-known Fine Gael figure, George O’Connor. 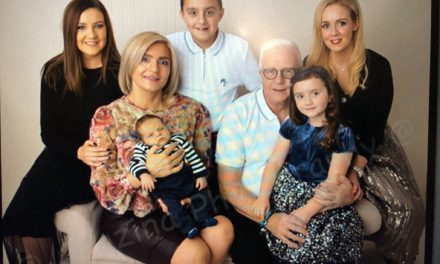