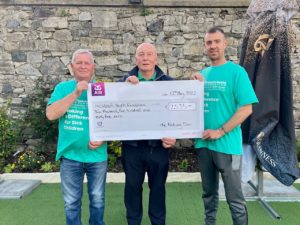 It’s being billed as The Longest Day festival, but the iconic event at Navan’s Railway Bar could well turn into a rather enjoyable long weekend.
The event will be held from the 17th to the 19th of June. Acts include The Furry Gilberts, Trigger And The Hitmen, and more!
In fairness it is remarkable value at just 5 euro entry per day, payment at the door!
We’ll update any additions to the lineups closer to the time.

The photo above shows Paul Mullen bar manager accepting a cheque from David and Ciaran Seery who raised funds for the National Children’s Foundation. 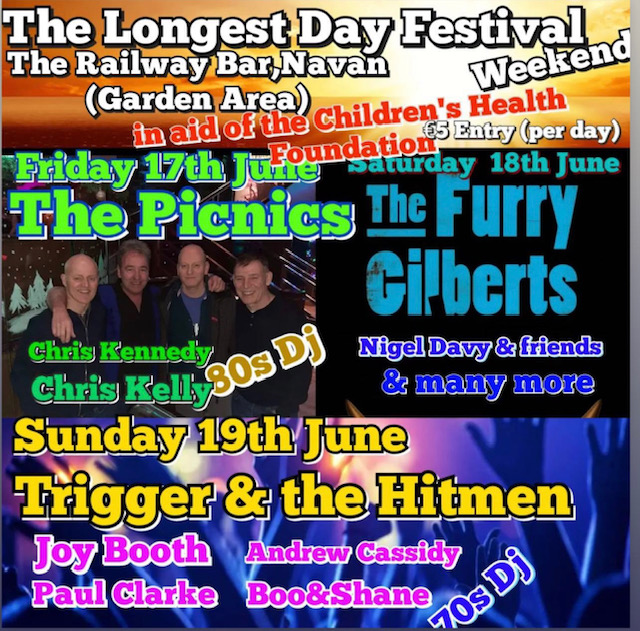