Aontú leader Peadar Toíbin has warned Minister for Health Stephen Donnelly that the people of Meath will travel to Donnelly’s Wicklow constituency and block roads there if he oversees a decision to close the A&E department of Our Lady’s Hospital in Toíbins home town of Navan,

In a thinly veiled threat Toíbin a Meath West TD and chairman of the Save Navan hospital group declared, ‘We will also take to the streets. But this time, if necessary, we may close roads in Dublin and in the Minister for Health’s constituency to protect our A&E. This is the most the most important health infrastructure we have in the county, we will not allow the Government to destroy it .’

The threat of closure has been hanging over the Navan hospital for a number of years and rallies held locally have attracted huge numbers in opposition to the feared cuts but now it appears Toíbin is prepared to take the fight to Donnelly’s doorstep. 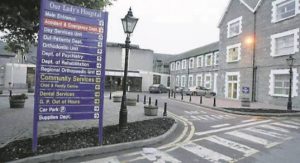 , he intends to to mobilise every man woman and child in the Royal County to save the hos[ital, ‘We are calling on the 200,000 people of Meath to mobilise now. We are asking citizens in large numbers to phone, visit, write and call and attend clinics of elected reps and vent your anger and opposition to the government plans.

‘We will create an online and physical petition to record people’s frustration at what is happening. We will create a poster campaign across the county to let people know what’s happening. We will be contacting businesses, unions, schools, churches community organisations and civic groups to mobilise. We will tell real life experiences of patients who have been saved by our A&E right across the media.

‘We will use every political platform we have to fight this. FF and FG Ministers must now deliver for Meath.

‘Charlie Flanagan protected Portlaoise Hospital when he was at Cabinet, Helen McEntee must do the same. Denis Naughten broke the party whip in support of Roscommon hospital. Damien English and Thomas Byrne must be willing to do the same .

‘I cannot overstate how outrageously dangerous this is. Senior medics in the RCSI group have told me that they are shocked at the government plans.

‘We have record waiting times in A&E throughout the country. The Minister for Health has admitted that this is “unacceptable”. People are waiting 24 hours in some hospitals and 12 hours in our own areas to be seen in A&E. Pulling capacity out of the hospital now is madness.

‘Hundreds of houses are being built in Navan and other towns and Meath. The population is growing exponentially. You cannot get a GP for love nor money in many towns. People are travelling to Dublin and Kildare to see a GP. There has never been such chaos in our health system.’

The Save Navan Hospital Campaign met on Monday night to plan the ramping up of its efforts and Toíbin told them the likelihood is the A&E will close inside the next month unless they take direct action, he said “Our A&E is under immediate threat of closure. The Minister for Health and the HSE is meeting with local TDs on June 13thto discuss ‘reconfiguration’, ambulances are already being redirected to other hospitals, the ICU was cleared of patients last week, new rosters are being devised and rumours are circulating that it could be closed as early as June 20th. ‘ 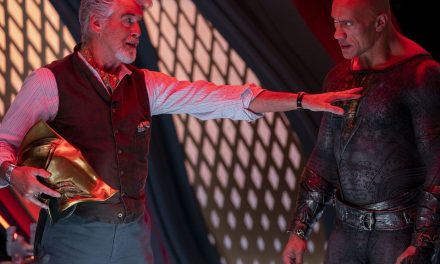 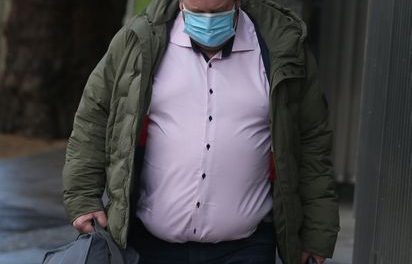