Meath football captain Shane McEntee has hit out at the online abuse aimed at his father Andy who stepped down as Meath manager following their All Ireland exit last weekend.

McEntee’s response has been well covered in the media over the last few days but in an interview with Colm Keys in todays Irish Independent Shane reveals that he himself was targeted by someone who resorted to the old fashioned method of writing and posting a letter to him.

In this extract he tells how he reacted.

The letter he references was one of a few that came through the family home in Dunboyne. Shane hasn’t always lived there in recent years but not long before the 2020 championship he took a call from his brother David, also a Meath panelist, to inform him of its arrival. And then a silence.

“And I thought to myself, ‘Well there’s obviously something they don’t want me to see here.’ It was essentially asking me not to embarrass myself and get my Dad to drop me, amongst other things,” implying more was written too. “It was strange. What upset me most though was that it upset other people. Everyone was worried how I was going to be, I probably wasn’t worried until they were. I spoke to one or two, I’d be close with Cillian (O’Sullivan, his playing colleague), he’d be really good support. I mentioned it to him in passing. He’s a very good friend and he’s also a psychologist. And he put my mind at ease very quickly with a few simple lines.

“I played reasonably well the following week (against Wicklow) and we won comfortably enough. You try not to give it much air time but you’re wondering, ‘Who is at the other end of this?”

It is scarcely credible that somebody would take the time and trouble to sit down and pen a number of letters, invent fictitious names and presumably pay for a stamp just to have a go at a footballer.

But it does illustrate that if somebody wants to anonymously abuse someone they don’t have to use social media to do so, 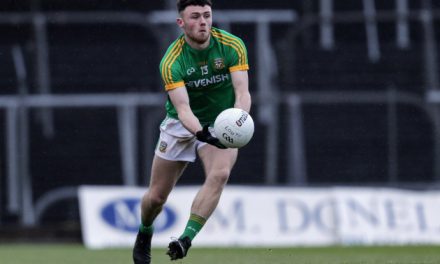