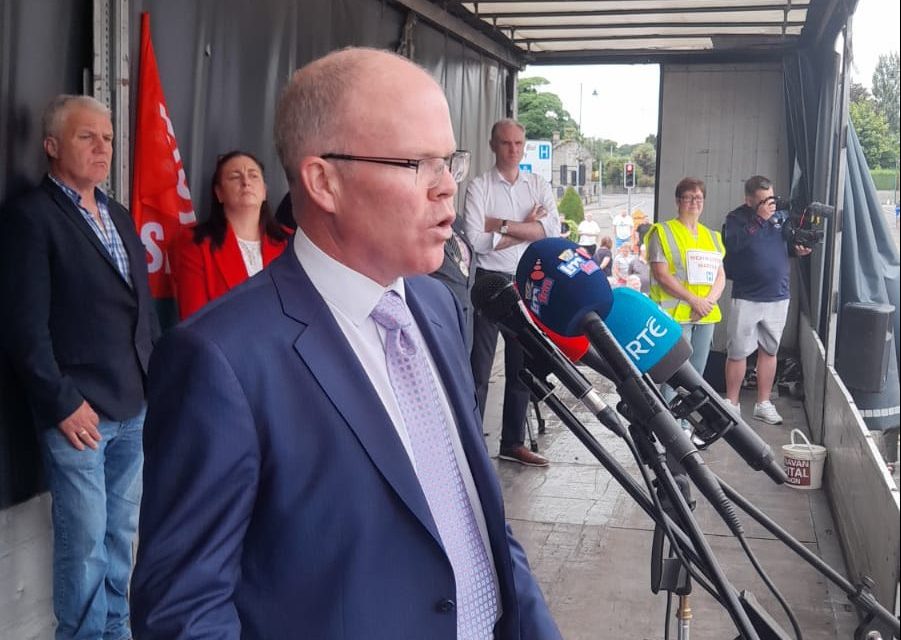 Over 7000 people took to the streets of Navan today to protest against the HSE proposal to close the A&E unit in the town’s Our Lady’s hospital.

The health body is set to close the unit and replace it with a Medical Assessment a move that has sparked fury in the county town.

Led by musicians the protest brought the town to a standstill and Gardai put the number as the biggest yet at any of the campaign rallys.

Protestors heard the chairman of the Save Navan Hospital Campaign, and Aontú leader Peadar Toibín tell the HSE, ‘We don’t trust you the message going out today is quite simple we do not trust you. 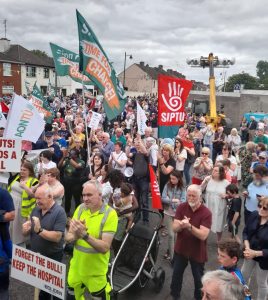 ‘I want to thank the 23 Hospital and A&E consultants in Drogheda Hospital who penned letters to the Minister for Health Stephen Donnelly in the last 10 days outlining that the HSE decision to close our A&E would be a threat to the health and lives of the people of Meath.

‘They blew the HSE claim out of the water that only 5 patients a day would end up in Drogheda Hospital. Their figures, taken directly from the Hospital Data system show that there would be up to 47 extra patients waiting in Drogheda from Navan every day.

‘Look what happened to Limerick University Hospital when the A&E units in Ennis and Nenagh were shut down, the overcrowding in Limerick became so bad it failed a HIQA inspection, I am saying now Navan will not become the next Ennis and Nenagh.’

The biggest cheer of the day came when SIPTU rep Christy McQuillan told the crowd to remember absent friends, ‘Neither Thomas Byrne or Damien English attended here today, remember that at the next election, two government TDs turned their backs n you.’

In a reference to the potential for the Lourdes hospital in Drogheda to be overrun should Navan close, Fianna Fáil Senator Shane Cassells declared, ‘Drogheda United football club is just across the road from the Lourdes and we will all end up using their dressing rooms when waiting to be seen, 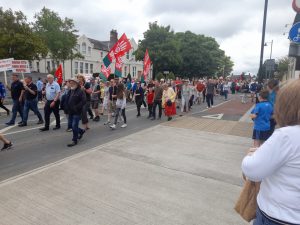 Labour’s Tracy McElhinney brought up the spectre of anything going wrong at Tara Mines, Europe’s largest lead and zinc mines, just two miles from Navan hospital and said, ‘Fifty years ago my dad started work in Tara and was given a guidebook, in which it said a working mine needs a working hospital, the government would do well to remember that.’

Sinn Féin TD Johnny Guirke said, ‘What is happening in Navan is death by a thousand cuts and it is the feet on the street people power that can stop that you have shown by your presence here in such number that you want this stopped.’ 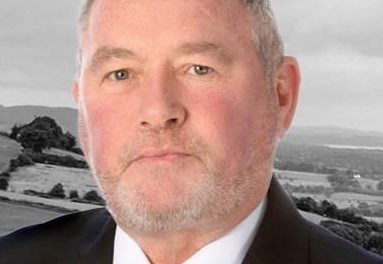