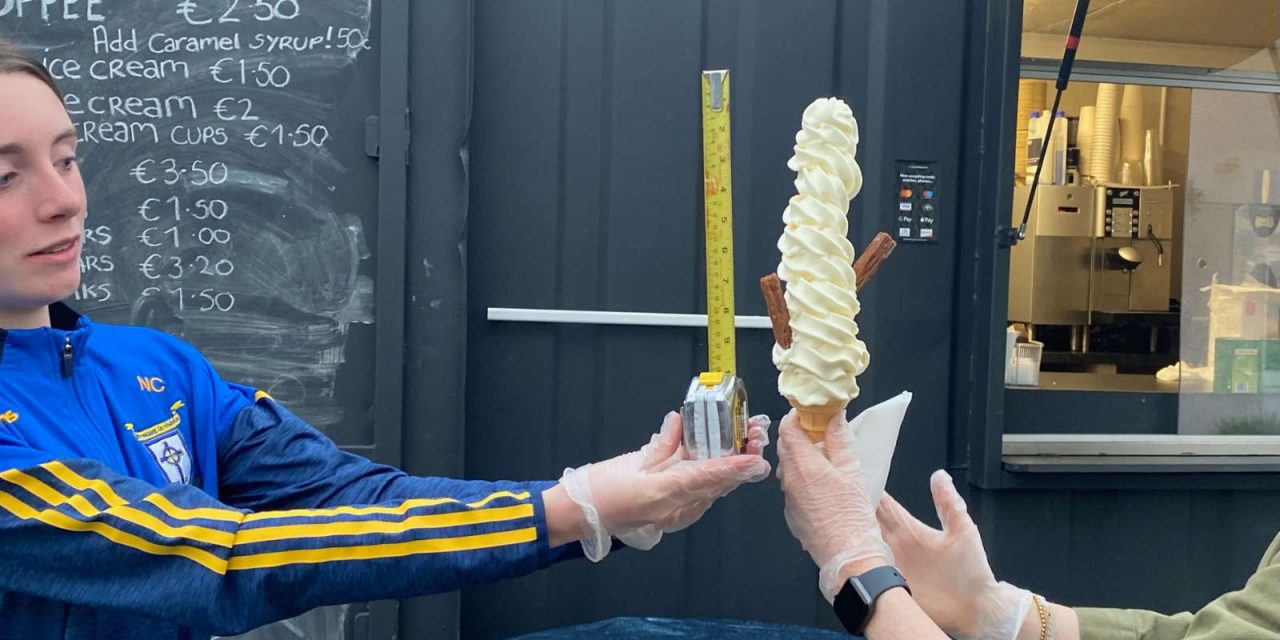 No sooner had we posted about the largest 99 in Ireland being in Meath at Ross Cross filling station than a challenger to the title emerged just up the road in Ratoath.

Volunteers at the Ratoath GAA Coffee Dock at the clubs Sean Eiffe Park, have labelled their almost foot long cone with two flakes, The Big Defender, and in fairness they have had their fair share of big defenders down the years.

And  after a few failed and flawed efforts they finally whipped up a cone they say is better and cheaper than the one at Ross Cross.

“It’s just a bit of fun  and all for the club,” explained Tina Power who helps to run the recently opened Coffee Dock.

“Our regular sized cones are two euro anyway but if anyone wants a “Big Defender,” they can have one for just a euro more