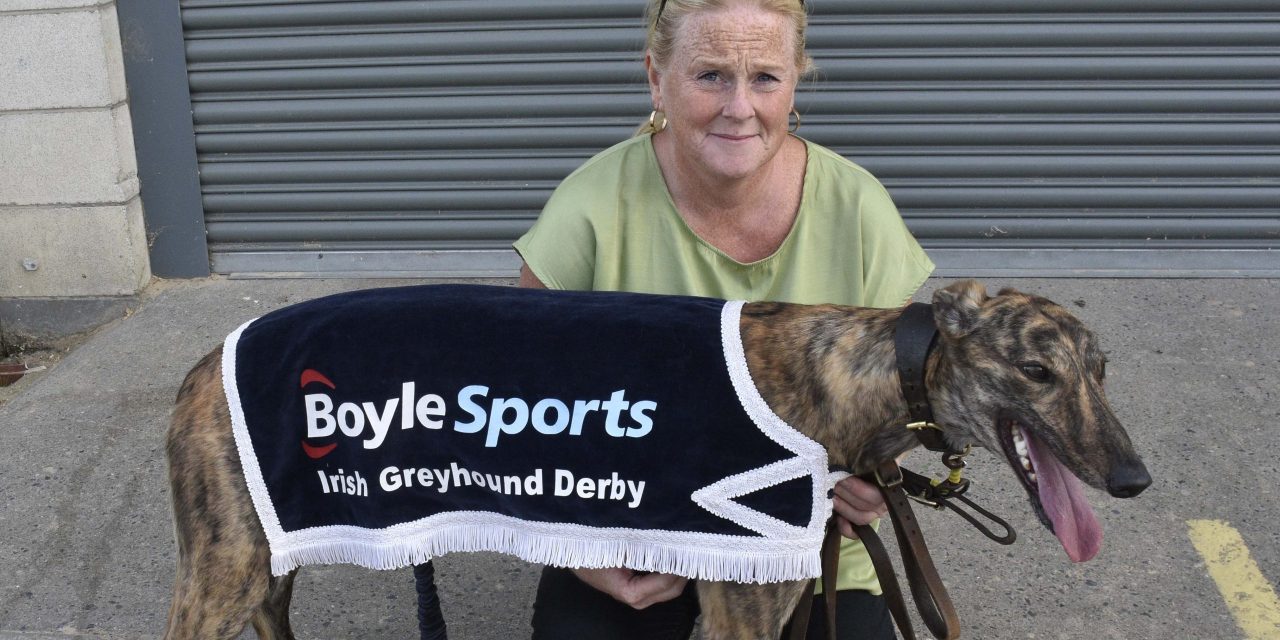 There was a real buzz around Shelbourne Park on Saturday night for the semi-finals of the Boylesports Irish Greyhound Derby were the hot favourite went out to the astonished crowd but that is the real drama of racing there is no certainy.

A real air of expectancy filled the air ahead of racing and, when the crowds began to flock in, it led to a unique atmosphere that only Shelbourne Park can provide.

The canine stars certainly played their part to make it a magical night. So much was on the line in the semi-finals of the BoyleSports Irish Derby, and it was predictable there would be real drama, but few could have expected what was to follow.

The opening semi-final went the way of Callaway Pro Am for New Inn trainer Owen McKenna and owner Denis Murphy. It was Born Warrior who set the early fractions with Coolavanny Hoffa chasing hard back in second.

The big talking point of the race was still to come. With Born Warrior steering a really wide path, Coolavanny Hoffa was left with no choice but to challenge up the inside into the third turn. Showing big pace, he was almost upsides as they began to turn.  By this point Born Warrior was coming back into the rail and Coolavanny Hoffa found himself in unfamiliar territory, attempting to pass on the inside of the track. In Coolavanny Hoffa attempted to check wide lost ground and couldnt get into the last three.Gone!

It all happened in the briefest of moments. From looking a likely winner and a potential red-hot favourite in the decider, Coolavanny Hoffa was now relegated to third and carrying little momentum following his moment of madness.

Callaway Pro Am drove for home and Brosna based Denis Murphy’s brilliant young son of Skywalker Farloe and Bottle Of Banter duly came through to stop the clock in 29.64. The battle for second and third went right down to the wire.

Born Warrior and Coolavanny Hoffa were second and third passing the 550yd traps, but Crafty Kokoro was now in full stride and closing fast. Once again, finishing with a real flourish, she came through to take second. Remarkably, after losing lengths around the opening two bends, she was just a length and a half behind Callaway Pro Am.

Born Warrior, after running a massive race, was a neck back in third, while Coolavanny Hoffa was agonisingly run out of the frame in the closing yards, finishing another length away in fourth. It wasn’t meant to be for Explosive Boy and Cryptopunk as they finished fifth and sixth.

Incredibly, after five weeks of the sternest tests, Callaway Pro Am will now enter the final of the 2022 Boylesports Derby as the only runner with an unbeaten record in the classic. There is nothing lucky about that. While things didn’t go his way in the early yards on Saturday night, his drive and undoubted ability allowed him recover and emerged a tremendous winner.

The second semi-final was a relatively straightforward affair, yet there was still plenty to digest after the contest.

Ultimately, litter comrades Ballymac Finn and Maries Wedding came home clear of the fast finishing Droopy Nice One to book their place in the final but there was also real heartache for Andy Murray and Gortkelly Nestor as they finished fourth in the Derby semi-final for the second year running.

There was no way past Ballymac Finn, however, and Maries Wedding was forced to swing wide off the final turn to find room. Ballymac Finn increased his lead and stayed on strongly to emerge a comfortable two and a half-length winner in a fastest of the round 29.48. Maries Wedding was a gallant runner-up, while Droopy Nice One stayed on really strongly to finish just three parts of a length adrift in third.

Again, Gortkelly Nestor ran his heart out but, for the second year running, was a length short of making the decider. Sadly, for connections of the wonderful Skywalker Barry, it wasn’t meant to be. He could never land a telling blow and finished last of the five.

Its all set up for next weekend and its as open as you can get. There will be a new name on trophy and the winner will have earned it.

There’s €125,000 to the winner of the BOYLESPORTS IRISH GREYHOUND FINAL It will be live on Virgin Media 2 a big plus for industry 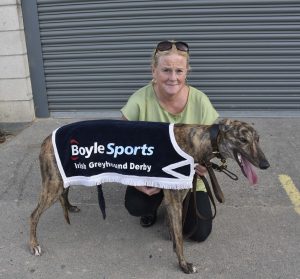 Picture above:  Meath based trainer Keeley Mc Gee with Maries Wedding,one of the finalist in the 2022 BoyleSports Irish Greyhound Derby 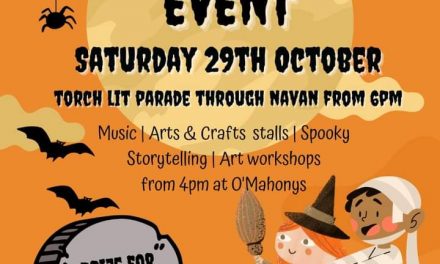