Dozens of teenagers took a 17 mile hike to school this morning as they marched with their parents in a row over school bus tickets.

The teens, mainly from the Ballivor area set off at 7.40 am to walk to their schools in Trim to highlight the issue which has seen them excluded from bus transport.

Angry parents blasted Bus Eireann over the debacle with one, Prashant Shukla, revealing the company had sent him an email on July 1st telling him his payment for his sons ticket had been accepted and another on September 14th telling him he had never applied for any ticket before the July 29th deadline.

He revealed, ‘ I had two sons going to Boyne Community College in Trim for the last five years and there was never a problem, this year I had just one going and on July 1st I received an email from Bus Eireann saying my payment had been processed through the online system. 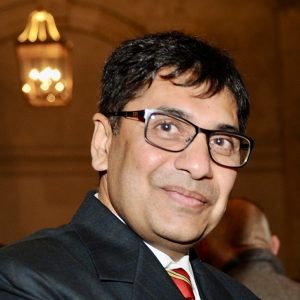 ‘Then a few weeks later that money was refunded, so I asked why my son couldn’t get a place and got a second email telling me the reason was I hadn’t applied until September 2nd so I wrote back showing them that they had actually taken money from my account in July and then refunded it and asked them to explain that.

‘I am still waiting for a reply and am now convinced they are making it up as they go along and just sending out random responses without thinking.’

Lilian Lee has a son and daughter attending secondary school in Trim and despite shelling out €500 for two tickets neither of them got a place, the money was sent back,

She said, ‘With rising fuel costs it is costing us hundreds of euros a week extra as we have to make four trips each day in and out to Trim. 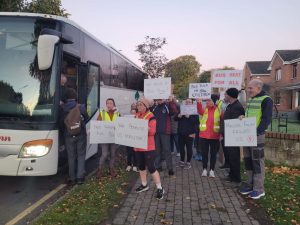 ‘When the budget was announced there was extra funding allocated for school transport but we haven’t seen the benefits yet..

‘When we contact Norma Foley the Education Minister, she blames Bus Eireann and to be honest she is just passing the buck.

‘Do you think we really wanted to do this walk today on a freezing cold morning ? Of course we didn’t but we had no other way of highlighting it as we are being ignored by anyone who can help.’ 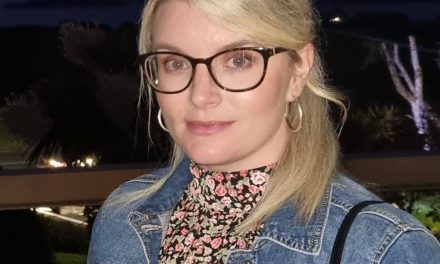