A rubbish bin which cost €4500 to buy and install has been destroyed by vandals in Dunboyne.

The, ‘Big Belly Bin’ was set ablaze on Monday and the incident appears to have divided opinion amongst locals, all of who condemn the attack but some of whom feel Meath County Council could do better things with 4500 than buy a bin !

Councillor Damien O’Reilly explained the cost saying ”It has an internal system which compresses the rubbish when it’s full. It can also send a signal to the council when it’s full so very efficient. The sealed unit also ensures the birds or other animals can’t take foodstuff out of it and scatter it around.”

Brian Inglis wasn’t buying into that, posting,  “Burning bins is bad but €4500 for a f…ing bin is disgusting  people trying to  make ends meet and the council are buying bins for that money and dumping the original bins that were working perfectly for those that used them.”

Others called for an increased Garda presence to deter the vandals.

Petra Walsh said “There seems to be a big jump in anti social behaviour in the last few months.” and mairead murphy said “If only we had an active present Garda patrol here .”

Angela Cannon may have voiced most peoples opinion when she posted, “Disgusting and disgraceful, hope whoever did this are real proud of yourselves, pure lowlifes, is this what our  village is becoming, a playground for scum to vandalise, Is there CCTV around? Name and shame these people,” 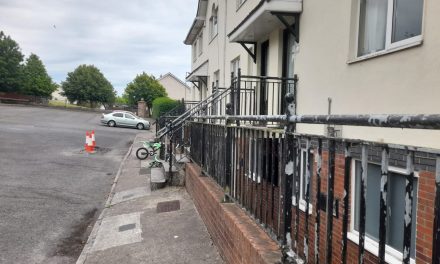 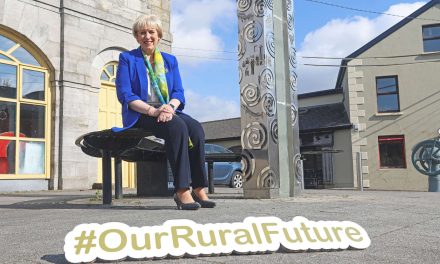 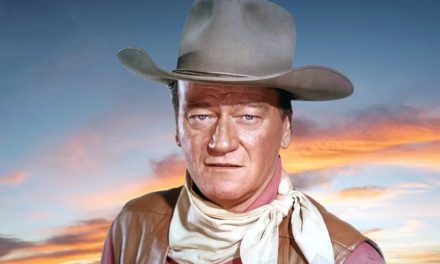