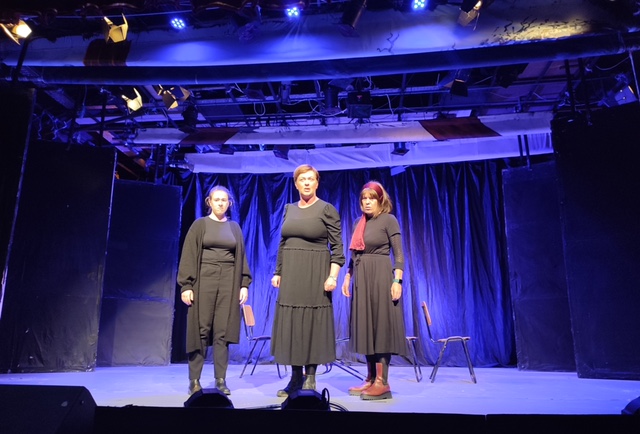 A Night of One Acts in Solstice Arts Centre is coming shortly to Navan’s Art Centre.

Navan Theatre Group is delighted to present A Night of One Acts at Solstice Arts Centre in Navan from November 24th-26th.The audience can expect a night filled with both comedy and drama.

This dark comedy, directed by Johnnie Grant, is a gothic rural tale of inheritance, rivalry and misdeeds told by three sisters. Staring Sharon Carroll, Ciara Cassoni, and Siobhan Mallon, this production is an awarding winning play on the circuit. Having only competed in two circuit festivals of six so far, the team have won Best Play in Dublin Drama Festival, the Audience Cup and Most Promising Actor (Siobhan Mallon) in Moat One Act Drama Festival. 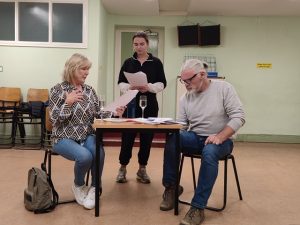 Also on the bill is Glacier Bay by Frederick Stroppel, directed by NTG Chairperson Des Lynch. At a family affair, Connie has to contend with her husband Artie’s advancing senility. Her struggle to keep a tight hold on his wandering mind is comically exasperating, but in a sudden revelation she discovers that their life paths are more similar than she suspected. Featuring Jerry Comyn, Maureen Murray, and Lorna O’Dea, this play is comic and spirted with an important message about a subject that touches thousands of lives every year. 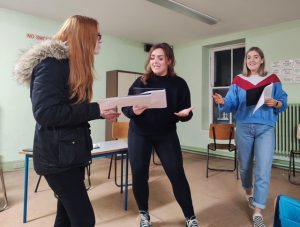 This evening of One Acts also presents Breathless,written and directed by NTG member Mick Roban. Breathless is a piece about three sisters,the relationship between them and their very different lives. However, there is a common denominator. And for every action there is a reaction. Featuring Julianna Martyn, Shauna Martin&Aine Murray, this production will start you laughing but will leave you thinking. Finally, Get Some Therapy directed by Nigel Ryan, features an impressive cast stuck in awaiting room where everyone seems to have their own problems. Staring Marian McMahon, Siobhan Moore, Joan Powell, Hasan Kamal, Joanne Donoghue, John O’Connor, Kevin Walsh, and Edward Fulop, this comedy is laugh out loud funny.

Tickets are now on sale from Solstice Arts Centre for this night of theatre that’s not to be missed! 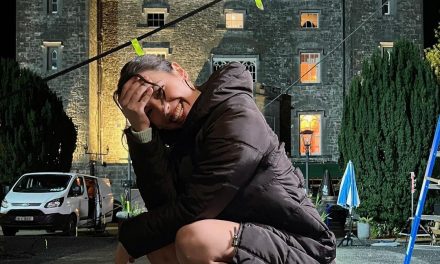 SLANE CASTLE THE LOCATION FOR MOVIES BIG AND SMALL