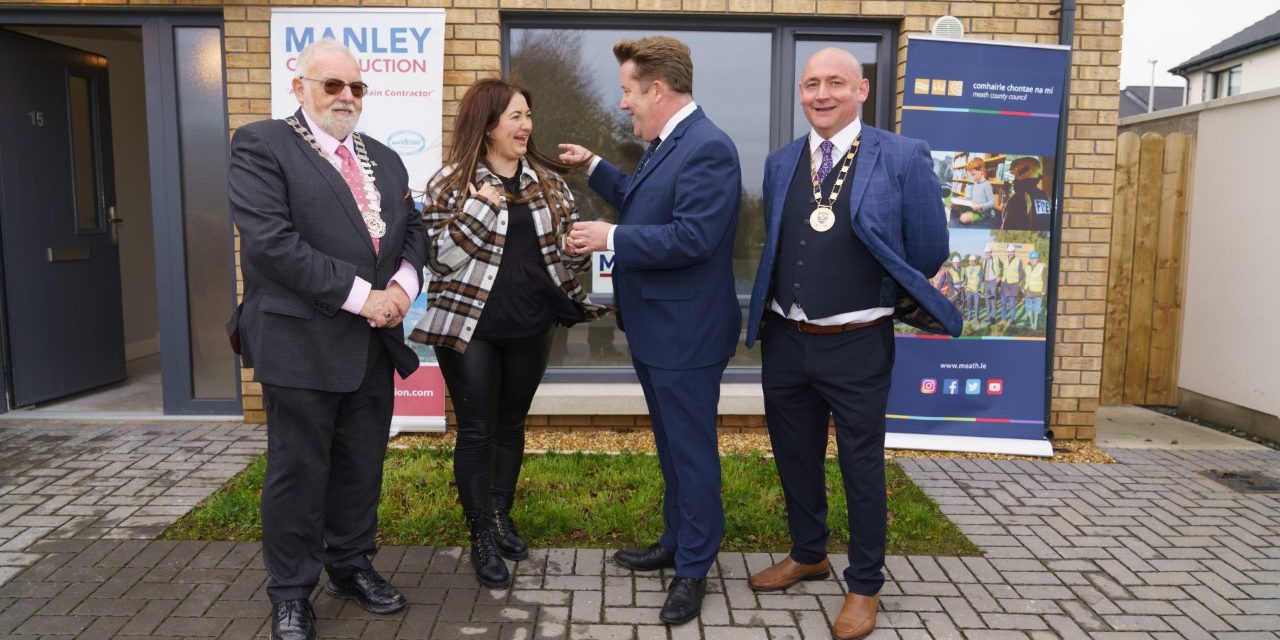 On Monday, a total of 62 new social houses, across three different housing developments in Co. Meath, were officially opened by the Minister for Housing, Local Government and Heritage, Minister Darragh O’Brien.

Firstly, Minister O’Brien officially opened a new development at Collier’s Place, Duleek. The scheme, which consists of 22 new homes, will be managed by North and East Housing Association. These new homes have been designed specially to meet the needs of residents with limited mobility.

The Minister then visited one of the Council’s turnkey developments at the Brambles in Duleek to officially mark the opening of 18 new units within the scheme. An Cathaoirleach and the Director of Services for Housing, Barry Lynch, together with the developers, Manley Construction, gave the Minister a tour of one of the newly completed homes. Minister O’Brien also met one of the new tenants, Amy Carolan, who spoke to him about her joy in her new home and what it has meant to her and her family.

The Council then welcomed Minister Darragh O’Brien to Staleen Park in Donore. This scheme, which cost approximately €3.5m, consists of 22 new homes, which were designed for the Council by Cooney Architects and constructed by CJ Callan Construction Ltd. under contract for the Council. It is envisaged that these new homes will be occupied in time for Christmas.

Commenting today Minister O’Brien said, “It is a real pleasure for me to be here to see the work being done by Meath County Council, the contractors and the design team.” He also acknowledged the important role that the elected representatives play in ensuring schemes like this come to fruition and he noted that he is “looking forward to coming back again early in the new year as we continue to deliver these types of developments right across Meath and across the country right the way through this year, into next year, the year after, and all the way to 2030”.

Welcoming the residents to Staleen Park, An Cathaoirleach Cllr. Nick Killian said “We are all acutely aware of the importance of having a secure and comfortable home, and this is what has been achieved for so many individuals and families here today. I would like to express my gratitude to every person, especially the staff of Meath County Council, who have played their part in bringing this about and making it a reality”

In conclusion, the Cathaoirleach added “I look forward to welcoming the residents to their new homes and to the communities of Duleek and Donore and I want to take this opportunity to wish each family every happiness in the years ahead as they make these developments their home and I encourage each and every one of them to play their part in contributing to their new local communities.” 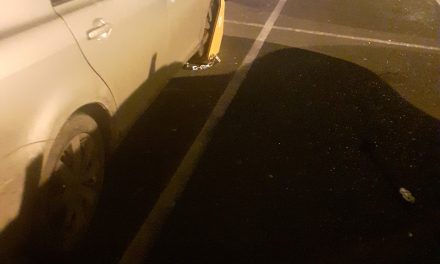 WATCH OUT THERE’S CLAMPERS ABOUT