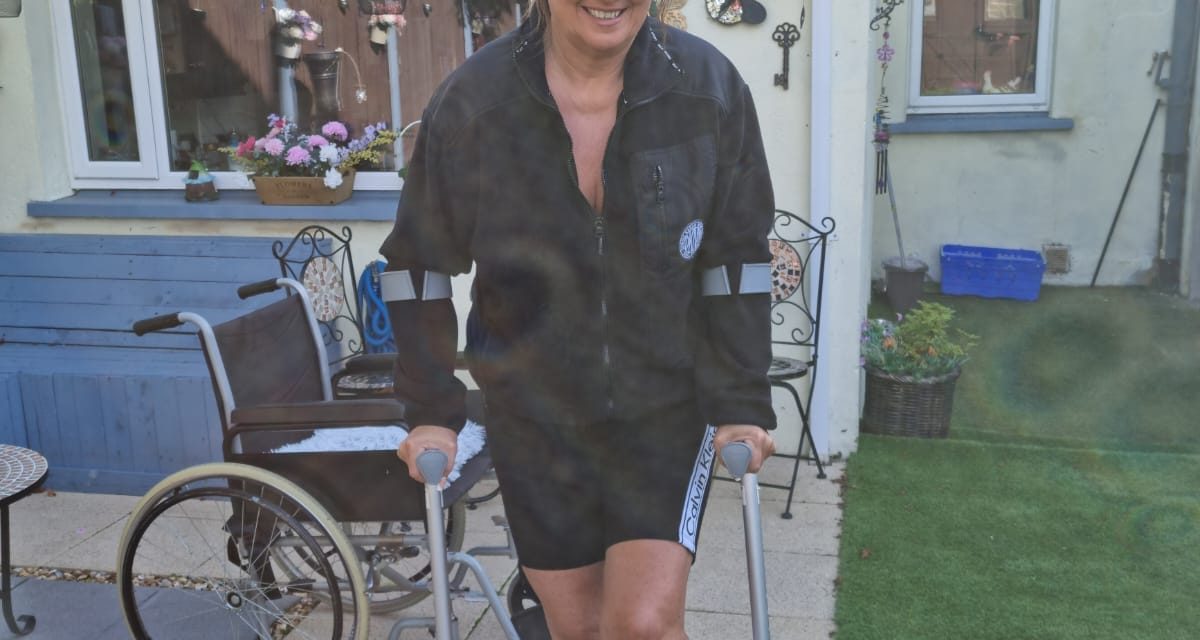 Dee Lawes, the fifty five year old woman who shattered both ankles and damaged her spine when she bravely leapt from the bedroom window after her house went on fire in Navan, last August has blasted low fare airline Ryanair after they refused to refund the cost of a holiday flight even though her serious injuries prevented her from travelling.

In July Dee and husband Alan had forked out for flights to Alicante going out with Aer Lingus on September 15th and returning with Ryanair on the 22nd.

The fire at their home happened in late August and Dees dramatic plunge to safety meant she was hospitalised for a number of weeks and although she was discharged three days before she was due to fly out medics advised her not to do so.

Angry Dee slammed the decision, ‘I am disgusted absolutely disgusted, it is not the money that matters but their point blank refusal to accept I was badly hurt and that was the only reason I was unable to make the trip is very annoying. ‘The guy we dealt with in Aer Lingus actually said he had read my story in the newspapers and was sorry for what happened to me and inside seventy two hours we had our money back from them.

‘I guarantee you Ryanair staff read the same newspapers and would have known what happened me but they won’t budge.’

In one online exchange last Thursday a Ryanair customer support member, named Mate D, refused point blank to give a reason for the company’s call.

When asked why they had denied Dees claim for a refund he replied, ‘ Unfortunately I can’t provide anything more than what was already sent as a reply to the claim.’

When told, ‘A woman lying in bed with two broken feet cannot fly’ they responded, ‘We have to consider our non refundable policies regarding your request meaning unfortunately we have to refuse your request.’

Dee fumed, ‘They are a bit like me after I jumped out the window they haven’t got a leg to stand on but they won’t accept that !

‘It was bad enough missing out on the holiday but this adds insult to what were pretty serious injuries.’

Ryanair have not responded to a request for comment.