EXCLUSIVE; ‘I WANT MY SON’S KILLER TO LOOK ME IN THE EYES AND SAY WHY HE DID IT’ 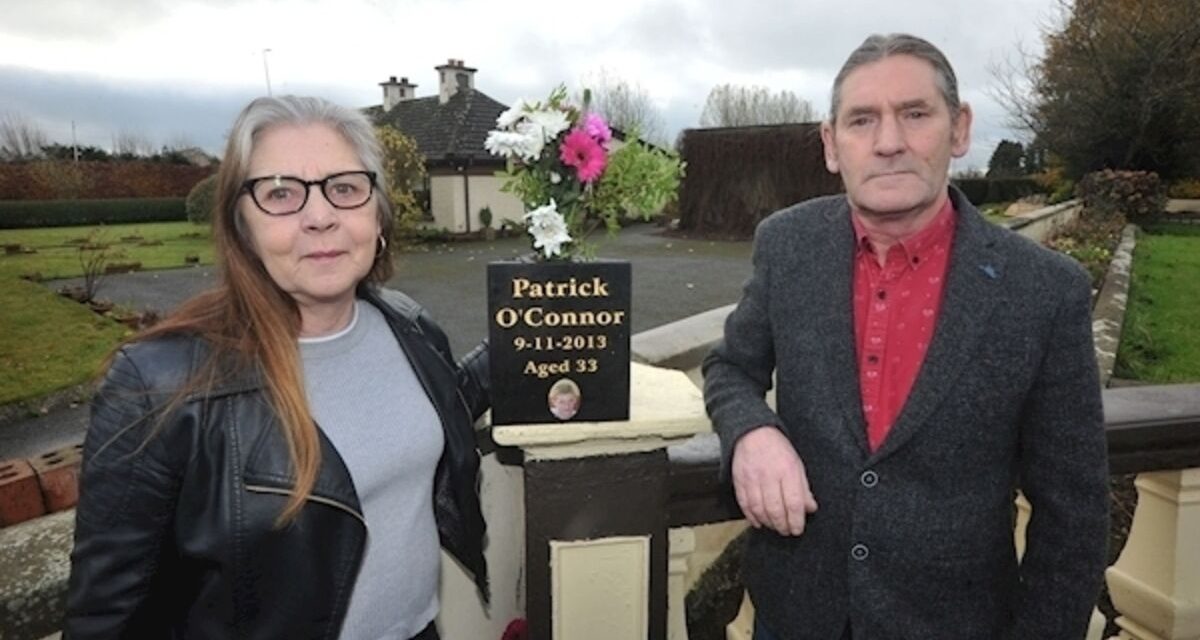 The heartbroken mother of a young Kilmainhamwood man who was brutally murdered eleven years ago has told Meath Live she would be prepared to look her sons killer in the eyes and ask him why he did it.

22-year-old Gavin O’Connor was beaten to death with rocks and then run over in his own car after Conor McClelland (22), from Castleblayney, Co Monaghan, stole the vehicle while Gavin was asleep in the back seat. McClelland was arrested soon after the attack and charged with murder. He pleaded not guilty at trial but was found guilty and sentenced to life in prison.

His devastated parents Gerry and Helena suffered further devastation when their older son Patrick (33) was killed in a single-vehicle collision, near Kilberry Cross, Navan in 2013 – two years after his brother Gavin was murdered.

Now the O’Connors could be the first couple in Ireland to address  the Parole Board before a prisoners parole hearing,

Helena said, ‘McClelland is due before the board on April 1st and I hope they are not fools enough to allow him out. A law was brought out just last year which permits the relatives of murder victims address the board prior to a prisoners hearing and we have ben told we can do this, in fact we may be the first ever in Ireland to do it.

‘What will I say? I will say exactly what I said inn the last victim impact statement we gave them that we have so many unanswered questions and McClelland is the only one can answer them and he is keeping his mouth firmly shut.

‘I would love the opportunity to sit down look McClelland in the eyes and ask him why he killed my son, I’d love that, I don’t know what answer he would give me but I’d love to hear it.

‘We  are kept completely in the dark over most things, there is a Garda liaison officer appointed to us but they only respond when we get in touch with them they never keep us up to speed about anything, we found out from a prisoners group about the parole hearing.

‘I’m in tears sitting here talking to you, eleven years on the tears are still flowing I doubt they will ever stop.’