RESIDENTS TO PROTEST OVER A ‘PLANE IN THE ASS’ A group of residents who claim to have, ‘the noisiest neighbours in the world’ are to stage a protest outside Fingal County Council offices in Swords this afternoon.

Homeowners from Meath and North County Dublin say they are suffering a ‘plane in the ass’ at the noise levels from planes landing at nearby Dublin Airport, especially those landing late at night.

Now they are set to air their grievances over a recent decision by the Airport Noise Competent Authority, (ANCA) which is overseen by Fingal Council, to lift planning restrictions imposed by An Bord Pleanala when granting permission for the airports newest runway.

The major issue appears to centre around night flying as there are currently no restrictions in place regarding the amount of night flights in and out of Dublin.

At Heathrow in London, a much larger facility only 16 flights are permitted nightly while Gatwick has a figure of 25, this does not count flights which only arrive or depart at night due to being delayed.

Mick O’Rourke of the St Margarets/ The Ward residents group claimed, ‘ The night flying is probably the straw that broke the camels back but there are other concerns.

‘Initially when planning permission was granted planes had to fly in a straight line for 1.5 nautical miles, (2.8 kms), before turning, as that would get them 4000 feet in the air. but that has been basically ignored and people who would have studied the planning application and built their homes on that basis now find planes flying maybe a hundred feet over them.

‘We have met with the Dublin Aiport Authority, (DAA) and put some suggestions forward but had no response yet.

‘One morning I went and recorded the decibel level of a plane flying low over houses and that was 90.1 which is high.’

‘The App, decibel pro, which advises on such issues, states, that ‘90 decibels is a high noise level, equivalent to the noise generated by a leaf blower or the sound level of a concert.

‘Compared to 80 dB, 90 dB is 10 times more intense and twice as loud. Whenever you are exposed to this noise level, you should wear hearing protection.

‘We are expecting a large number at the protest because people have basically had enough any time we make the council aware of our feelings it falls on deaf ears.’ 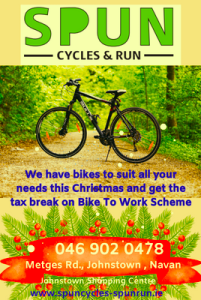 In a Facebook post the group outlines their reasons for taking direct action saying, ‘We are organising a public protest on Monday the 12th of December between 5-6.30pm at the Fingal county council (FCC) offices in Swords.

‘We consider this necessary because 1) FCC is the responsible enforcement body and 2) its failure to prioritise enforcement proceedings against the Dublin Airport Authority’s continued use of flight paths for which it never received planning permission.

‘The reasons for the protest are listed below

● Daa are not operating in accordance with planning granted in 2007 for the North Runway.

● FCC is the only entity tasked with enforcing the DAA to comply with the planning permission granted.

● We want FCC to know the operations of the DAA are severely impacting the lives of the local Fingal residents.’